The new US census is out. The 2010-2020 decadal growth was the second slowest in history. This is following a pattern shared by many countries around the world: worldwide, population growth is slowing—and has been slowing since the 1960s.

That said, although the rate of population growth is slowing, it continues to expand. We continue to add somewhere north of 50 million per year to the world’s population:

This is particularly true in the less-Christian and less-evangelized regions of the world. This chart shows population growth in the least-reached countries of the world according to Joshua Project, excluding India (which I took off so that the other countries could be more visible in the graph). 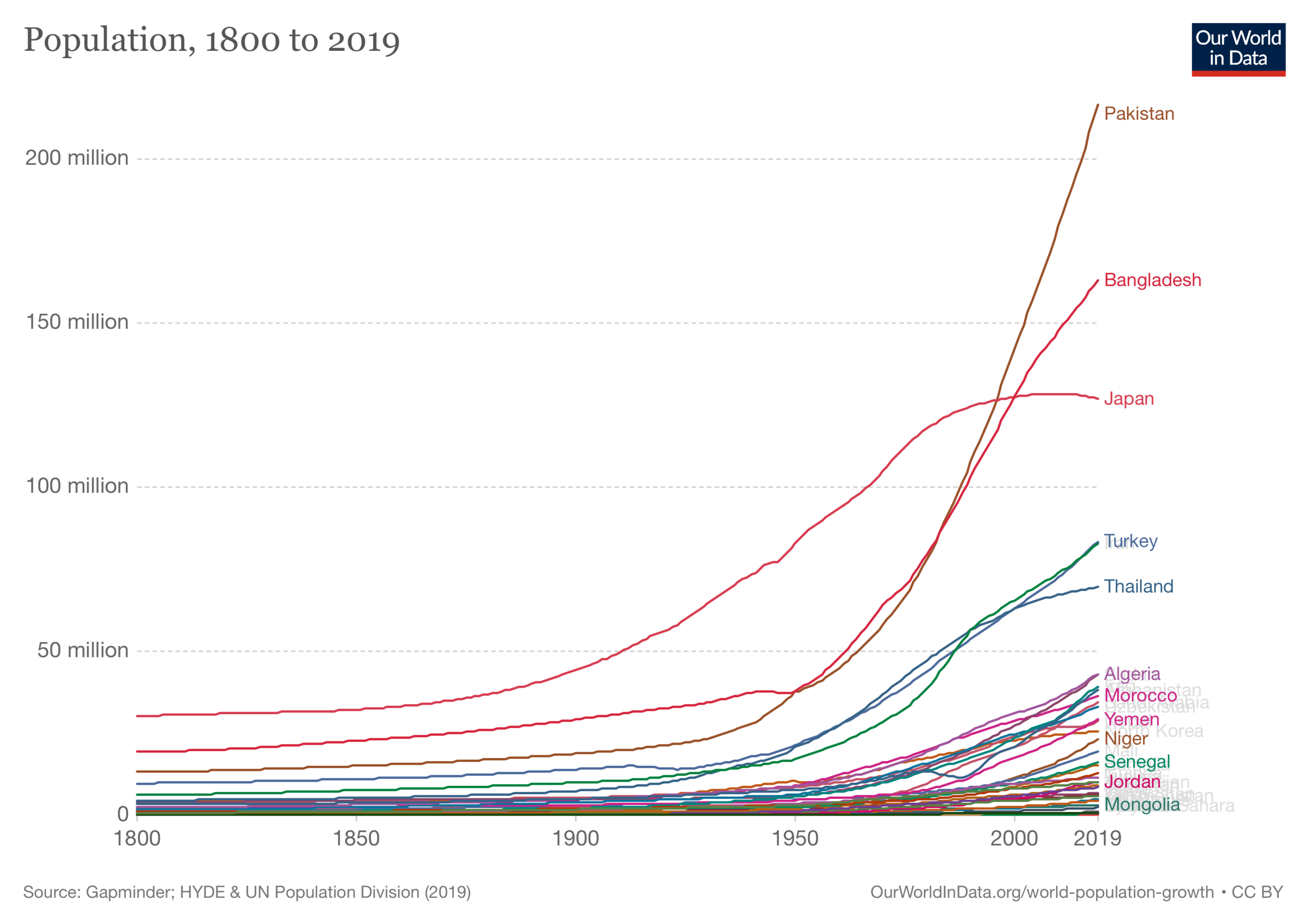 Even though there are several countries where slowing population growth is making the headlines and impacting long-term economic and political strategies, the reality of continued population growth means movement strategies (which grow faster than populations do) will clearly be important—if not absolutely critical—through the turn of the century.

This entry was posted in Observations. Bookmark the permalink.